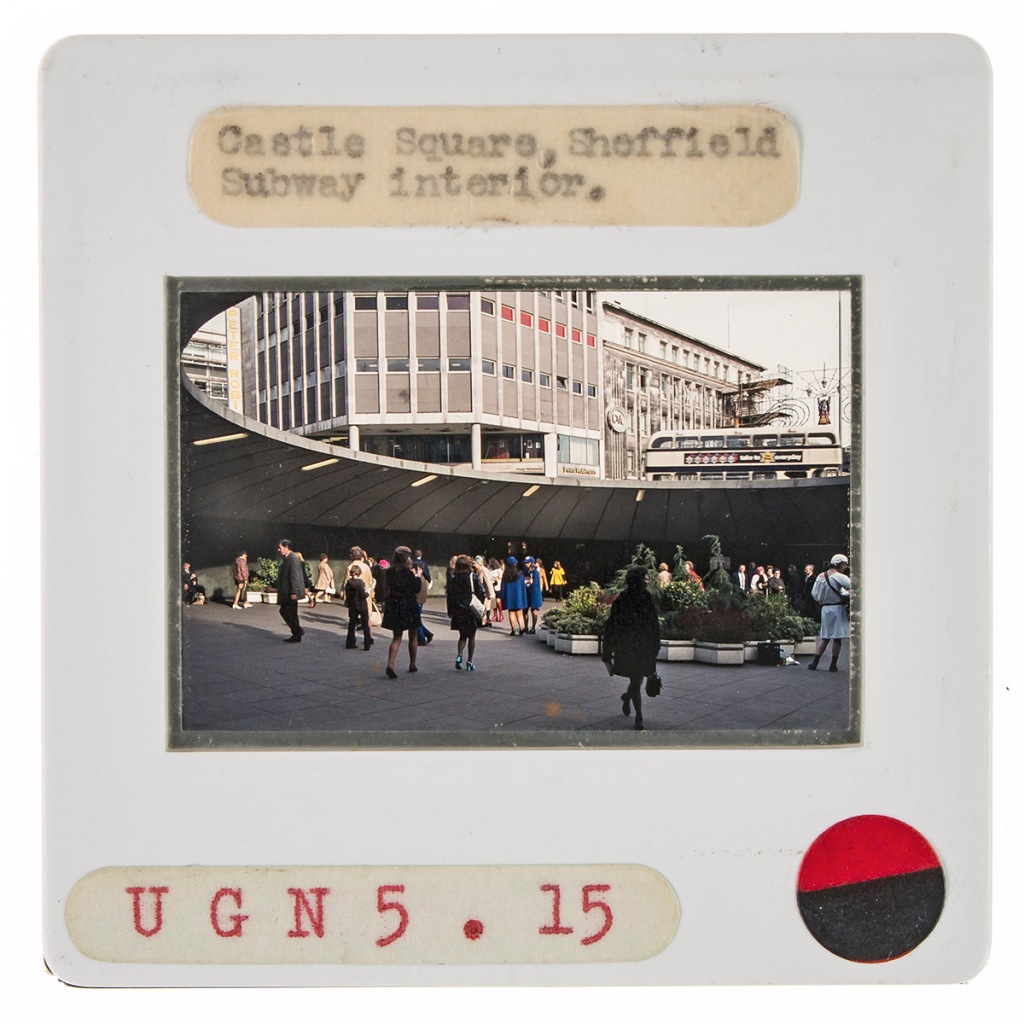 Everyone I know who was brought up in Sheffield can remember the ‘ole in’t road’.

It’s ingrained onto the collective memories of anyone who was in the city between 1967 and 1994. A sort of roundabout with escalators leading underground, part subway, part subterranean shopping centre, it housed entrances to department stores, benches for weary shoppers and tramps, and a giant fish tank full of murky water and miserable fish. It is infamous.

Look it up, and you’ll find it has its own discussion articles, forum boards, Wikipedia entry, and even Facebook page.

But my favourite thing has to be this brilliant animated Lego video made by Jason Effex for a song by Sheffield’s finest ukulele wielding Everly Pregnant Brothers.

This is the first of three posts in honour of three slides. Tactile pieces of Sheffield’s history living in Manchester.

This slide makes me wonder. Who are these people? Where are they going? Where are they now? I love the blue-caped schoolgirls taking centre stage, and a Grayson Perry-esque figure wearing what looks like a makeshift handkerchief cap on the right. A tokenistic bit of landscape gardening. It looks as though it’s a warm day, yet Sheffield City Council seem to have left up the Christmas lights all year round (as they still do, I think). C&A no longer exists. I want to be able to see the fish tank but I can’t.

A nice little pocket of history. I’ve never seen the real hole in the road, so these slides are all I have. I’m proud to have adopted them, like Sheffield has adopted me.

My next two slides, still on this theme, will explore some more memories, real and imagined, of the oyl int ruwad.